We have chosen locations for both venues that were or will be built according to the Minergie Standard. In addition, the mix of electrical power used in Switzerland has a relatively low level of CO2 emissions. With this combination, the Arena category will make up only a very low percentage of the total emissions, thanks to innovation and the corresponding technology.

The AXA Arena in Winterthur has a photovoltaic installation on its roof and is thus capable of producing all of its own electricity. In addition, it uses an intelligent handwashing system called Smixin that reduces water consumption by 90% and soap usage by 60% , which will significantly contribute to sustainability.

The Swiss Life Arena, which is still under construction, is being built according to the Minergie Standard and is also equipped with a photovoltaic installation on its roof. This should ensure that the Swiss Life Arena is CO2 neutral. 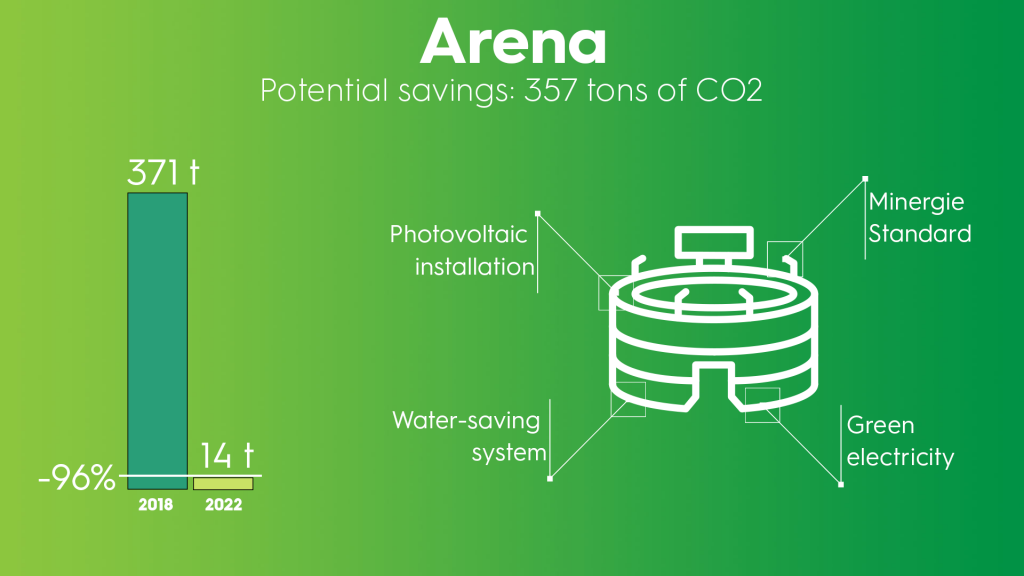