From mid-April to the beginning of September, floorball disappears almost completely from the public eye. That’s four long months in which – with the exception of a few summer cup games – the sport is practically only noticed by those directly involved. One way to change that is called Street Floorball. Floorball in the open air. Just like 40 years ago, when the sport took its first steps on school playgrounds and red sports surfaces – critically eyed by janitors who feared that the shovels could destroy the polished surface of their beautiful gymnasium.

Following the proverb “If the prophet does not come to the mountain, the mountain comes to the prophet”, floorball can attract attention with streetfloorball events in city centers. The Diamond League Meeting in Zurich, for example, has been hosting individual disciplines at Zurich’s main train station for years and this year held various competitions on Sechseläutenplatz in front of the Opera House. A decade ago, swiss unihockey also organized international matches at Zurich’s main train station – inspired by this, the idea of holding an international match on a ferry between Stockholm and Helsinki circulated in Scandinavia, but was never put into practice. Nevertheless, out of the halls and into the country’s highly frequented squares – that makes for headlines and media presence. The “Mobiliar Street Floorball Tour” created this year also provides an instrument that serves as an advertising vehicle for the upcoming home World Cup – and offers the main sponsor of this event additional presence. This has already been demonstrated in the Czech Republic in the run-up to the 2018 World Cup in Prague.

The fact that some clubs can rent the weatherproof surfaces free of charge and operate them in their region for a few weeks is exciting. Whether this will attract a large number of new floorball players is something I am not in a position to judge, but in any case it is a low-threshold offer to try out the sport. And since many communities in the country still follow the archaic principle of closing school gyms during the vacations and withholding them from clubs for weeks at a time, Street Floorball can even become an alternative to regular indoor training during the summer months. Of course, for such plans it is not done with a handful of rentable courts, for this would require large investments. Personally, I am of the opinion – also as an organizer of some streetfloorball tournaments at the beginning of this millennium – that we should first see to it that sports floors are introduced in all NLA halls in the country and that the countless colored lines of school sports disappear. The most important time for floorball is still between the beginning of September and mid-April. 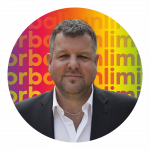 Nobody knows the floorball scene in Switzerland as well as Damian. For 20 years, he has been providing the largest Swiss floorball magazine unihockey.ch with the latest news, the hottest stories and the most controversial reports online and offline. In the next months, he will also be tapping the keyboard for the WFC 2022 Blog and will not be holding back with his opinions.

“We want to be the best Non-European team”